A life-long resident of Los Angeles, Mark Ridley-Thomas, also known as MRT, is widely regarded as one of the region’s most creative, effective and progressive voices for change in Los Angeles. In November 2020, he was elected to serve as Councilmember for the Tenth Council District of the City of Los Angeles. He currently serves as Chair for the Council Homelessness and Poverty Committee.

First elected to public office in 1991 and previously served on the Los Angeles City Council for nearly a dozen years representing the Eighth District, departing as Council President pro Tempore. He later served two terms in the California State Assembly, where he chaired the Jobs, Economic Development, and Economy Committee and chaired the Assembly Democratic Caucus.

MRT went on to represent the 26th District in the California State Senate, where he chaired the Senate’s Committee on Business, Professions and Economic Development. While in the Senate, he served as Chair of the California Legislative Black Caucus in 2008 and led the Caucus in unprecedented levels of cooperation and collaboration with counterparts in the Latino and Asian-Pacific Islander Legislative Caucuses.

Over the course of his career, he has been at the forefront of addressing the region’s most pressing issues. These include: access to healthcare, the housing crisis, criminal justice system reform and creating economic opportunities for local residents.

Notably, MRT has been a tireless advocate in the effort to end homelessness – “the moral crisis of our times” — leading the fight to pass Measure H, the ballot initiative approved by voters in March 2017 that will raise $3.5 billion for homeless services over a 10 year period (2017-2027).

Appointed by Gov. Gavin Newsom to Co-Chair the statewide task force on homelessness, MRT is dedicated to seeking bold policy changes that will not only provide shelter for the thousands of people sleeping on our streets, but that will also blunt the forces of gentrification fueling the inflow of people onto the streets of Los Angeles.

A thoughtful public policy maker, MRT has secured more than $1 billion in public resources into the Second Supervisorial District, which includes the 10th Council District. This funding has been used to extend Metro transit lines, build affordable housing, develop and beautify parks and revitalize community centers.

Attuned to environmental challenges at both the policy and grassroots level, MRT supported the County’s ban on single-use plastic bags, developed LEED certified buildings throughout the Second District and also beautified, revitalized and developed hundreds of acres of parks, trails and recreational spaces.

One of MRT’s most challenging and rewarding endeavors was to fulfill a promise to build the new Martin Luther King Jr. Community Hospital. By all accounts, the new hospital now ranks as one of the best hospitals in Los Angeles County, lauded for its high tech and high-touch approach that combines state-of-the-art technology with compassionate patient care.

He is widely acknowledged as a longstanding advocate of neighborhood participation in government decision-making by founding the Empowerment Congress, the region’s most successful initiative in neighborhood-based civic engagement and forerunner of the City of Los Angeles’ neighborhood council system.

Guided by his belief in the dignity of all people MRT marries forceful advocacy with the necessary executive abilities to create substantial progress and systemic change. No matter how difficult the challenge, he gets things done.

MRT’s political career was preceded by a decade of service as the Executive Director of the Southern Christian Leadership Conference of Greater Los Angeles (1981-1991).

A resident of the 10th District for 29 years, MRT lives in Leimert Park with his wife of 41 years, Avis, Co-Founder and Director of the Institute for Non-Violence in Los Angeles. They have two adult sons, Sebastian and Sinclair, a daughter-in-law Shaunicie, and a four-year old magnanimous grandson, Duke Flynn and a one-year old contemplative granddaughter, Maya Yvette. 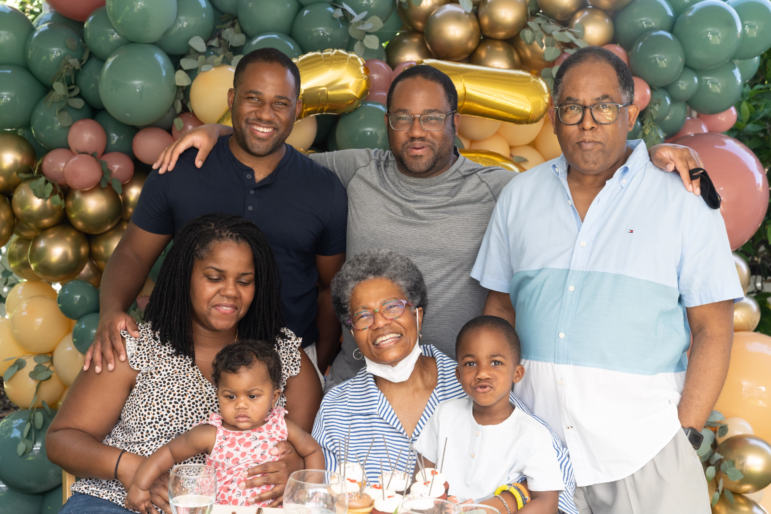