Eight years ago Cassandra Chase, founder of the literacy-oriented non-profit Read Lead, attended a meeting of the Empowerment Congress (EC). Fast forward and today she leads the EC, one of the region’s largest entities dedicated to grassroots participatory government. 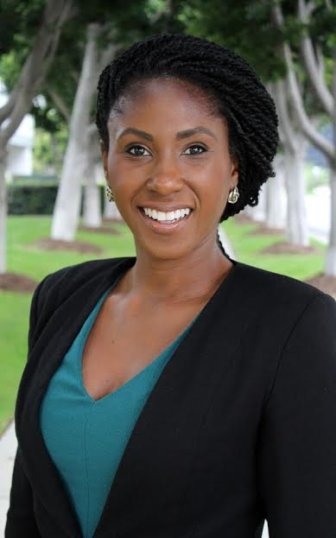 “I started out as a volunteer, and now I oversee the organization, and that’s something I attribute directly to MRT’s vision,” Chase said. “He’s always looking for younger people to take on responsibility.”

Chase, who is also engaged in her first political campaign, is running for the Lakewood City Council.

“He’s definitely had a very influential and direct impact on me,” she said of MRT.

While Ridley-Thomas may be the most experienced candidate in the race for City Council District 10, his base of support from millennials and young voters who are engaged in Los Angeles’ civic life is strong in part because of his consistent support for emerging civic leaders.

“Our democracy only has caretakers, no owners,” MRT said. “I never forget that mentoring and supporting young talent is my responsibility — but it has also been, I have to say, a great pleasure. I’m a better elected official because I have had young people in significant leadership roles throughout my career.”

Architect JiWon Hong started with MRT in her early 20s as a field representative when he was in the state assembly.

“I’d studied politics and economics in college because I wanted to understand how the place I lived in was governed. And it was a real education; I learned from him that it’s all about engagement with the people — and I got to learn firsthand how he does it. It was very hard work — engaging really takes time and energy, and I think people have no idea how much work it is — but that’s how he does it.”

The young person who perhaps has been with MRT the longest is CD10 Campaign Manager Fernando Ramirez, 36.

Ramirez has been with MRT since 2005. He began as a Jesse Marvin Unruh Assembly Fellow in the Assembly, and 15 years later assumed responsibility for guiding his first, high-profile political campaign.

His day-to-day duties include overseeing and directing a diverse team of staff and volunteers, directing all outreach and community engagement as well as ensuring the campaign complies with a slew of mandated reporting requirements.

“When the Supervisor asked me to run his campaign, I hesitated and almost responded that I’d never run one before. But then I realized that he already knew that. He thought I was ready, and it turned out he was right.”

“It’s been a lot of hard work with a 24-7, seven-day a week schedule for the past several months, but it’s been great. I have been all in. But when this is over, I’m definitely going to need a long nap!”