Supervisor Mark Ridley-Thomas will call on the Board of Supervisors to declare racism and its effects to be a public health concern and to prioritize its methodical elimination from County policies, practices, operations and programs.

The legacy of slavery, segregation and discriminatory government policies continue to disadvantage African Americans, and the Supervisor is calling for the County to prioritize physical and mental health, housing, employment and public safety in an equitable way for African Americans. His motion “Establishing an Antiracist Los Angeles County Policy Agenda” also would require the County to track its progress and report annually on the State of Black Los Angeles County.

“This is not new work for me, but it is a new moment,” the Supervisor said. “And those of us who care about an equitable society must utilize it to accelerate the dismantling of systemic racism — whether it’s at the City, County, State or Federal level.” 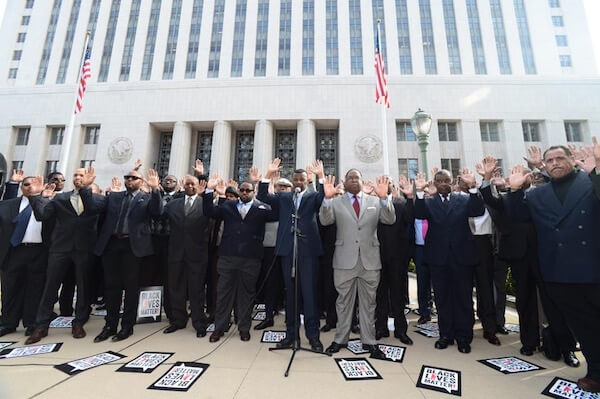 The motion comes in the wake of the May 25th killing of George Floyd in Minneapolis, which set off nationwide protests against structural racism and discrimination. But to be clear, this moment of reckoning has more than one catalyst. Systemic disparities in healthcare, exacerbated by the COVID-19 pandemic along with  ongoing income inequity, have combined to lead to this moment.

“This is a long-overdue recognition of the fact that anti-Black racism harms our public health and our economic potential.,” said Dr. Manuel Pastor, Professor of Sociology/ American Studies & Ethnicity and the Director of the Center for the Study of Immigrant Integration at the University of Southern California. “Best yet, the motion goes beyond general statements and calls for specific ways in which racial equity can be centered in policies and practices. It also seeks to hold the County accountable through new mandates for data collection and systems evaluation. This is an important next step to ensure a Los Angeles that works for all of us.”

The Supervisor is uniquely positioned to fight this fight. He has fought systemic racism throughout his 40-year career, beginning with a decade of service as the executive director of the Southern Christian Leadership Conference of Greater Los Angeles (1981-1991), whose national organization was co-founded by Dr. Martin Luther King, Jr.

Last year he was the sole voice on the Board calling for the County to address systemic racism as an underlying cause of homelessness for the County’s unsheltered Black population, urging a response that targeted resources to the greatest need. Also, heeding the voices of reform in his district, the Supervisor led a skeptical Board of Supervisors to create a civilian oversight panel for the Sheriff’s Department.  In addition, he has hired more African American (but also Latino, Asian and LGBTQ) staff than all Supervisors combined, championing diversity not only throughout the County’s departments, but also in his own office.

“My goal is to create a system that forces a reckoning,” he said. “Once we have the data, we will share that data with the public. Then together, we will create the policies, legislation and reforms that not only eradicate systemic racism but create a truly equitable democracy.”